What Types of Exam Tables Are Available for Vet Clinics?

10 Of the Best Celebrity Fashion Lines

Bitcoiners will not accept overregulation 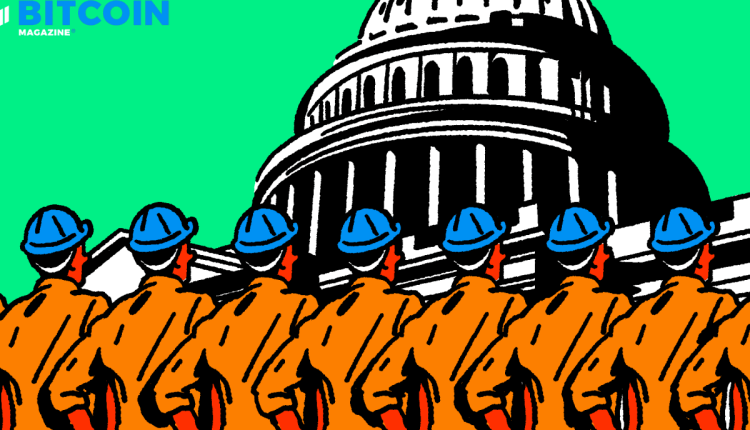 The cryptocurrency community has always been one to advocate for decentralization and deregulation. After all, Bitcoin was created as a way to opt-out of traditional financial systems that many felt were unfair or corrupt. So, it’s no surprise that Bitcoiners are not happy about the recent trend of government regulation in the space. In this blog post, we will explore the reasons why Bitcoiners are opposed to overregulation. By the way, many people in various countries are already paying with Bitcoin. And what it could mean for the future of cryptocurrencies.

Edstrom, Andy: Yeah, I believe it’s partially a narrative about members of Congress and their staff learning how everything works. I believe it is partially a case study of a big network shift. Which also warrants categorization as a security vs non-security issue.

I think we need to get people to sharpen their pencils. I hope Bitcoin remains a relatively level issue, although I admit that it could very well swing in one direction. You can probably guess which way it will swing. I also think this is good for Bitcoin in the long run. Because I don’t think Bitcoin’s spirit of independence, freedom, the right to own wealth and to function in society as a free person does not trample on me. This will be a long process.

What is Bitcoin Overregulation?

People keep talking about upcoming legislation, but this is generally like a sweep, covering all cryptos, or even covering some sub-segments. Even with the request and the report issued, I think it is unlikely that this bill will pass. In a way, the legislative engine is moving slowly. The engine of executive orders and what the president might do has moved on. But we don’t see a real solution anytime soon in terms of how everything will be regulated. As for the specific bans or restrictions that are the starting point, Bitcoin does exist. many people like it. They value it and find it useful. Every time you try to limit, restrict or ban this, you will see the Orange Army march to the rescue. We will mobilize the army.

Why bitcoiners will not accept overregulation?

There are a few key reasons why bitcoiners will not accept overregulation. First, bitcoin was created as a decentralized currency, meaning that it is not subject to the control of any central authority. Second, overregulation would likely lead to higher transaction fees and could make it more difficult for users to access their funds. Finally, many bitcoiners believe that overregulation could stifle innovation. It hampers the growth of the bitcoin economy.

At this moment, there is a sizable intolerant minority. Any group of governments trying to crack down on Bitcoin will face a lot of resistance. This has been seen before in various attempts to restrict access or treat miners as brokers. I think it was this one event of his that happened almost two years ago. When a series of massive letter campaigns were mobilized and people called their MPs. We’ve already seen how Bitcoiners can exert influence in government. But that power will only increase over time.

The bottom line is that Bitcoiners will not accept overregulation. They believe that Bitcoin should be free from government interference and control, and they will fight to keep it that way. Whether or not you agree with them, it’s important to understand their position and why they feel so strongly about it. Regulation is one of the most serious threats to bitcoin right now. China has tightened its grip on the cryptocurrency industry in recent weeks. By shutting down energy-intensive crypto mining facilities and instructing big banks and payment providers. like Alipay not to do trade with crypto companies. The worldwide crypto crackdown reached the United Kingdom this week. When officials barred top virtual currency exchanger Binance from engaging in regulated operations.

The disruptive potential of the digital yuan!