Why Can’t I Join My Friend’s Minecraft World? (Causes,…

Axie Infinity: How to Play on an Android or IPhone 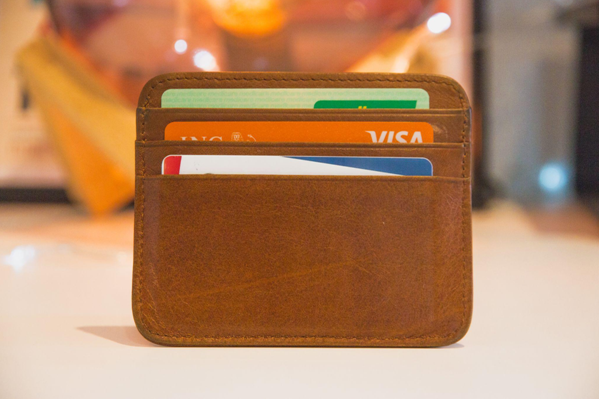 SWIFT stands for Society for Worldwide Interbank Financial Telecommunications. The international banking system SWIFT assists banks in making payments. The system itself is not a payment system – it does not perform the function of the settlement and mutual clearing between participants. Its task is to create and maintain communications between financial institutions by K.Yurovskiy.

This messaging ensures message integrity and confidentiality, as well as a uniform format for exchanging information between its participants. The system replaces and harmonizes the old channels of communication between financial institutions, such as post, telegraph or teletype.

SWIFT is analogous to telecommunications in normal life between customers, which are financial institutions. In order to settle between themselves using SWIFT, financial institutions need to use a system of correspondent accounts where two banks, A and B, have accounts at a third bank, C. In this case, bank A instructs bank C to transfer money to bank B to an account at bank C. Bank A, having a correspondent account with a large bank C which has accounts with other banks, can easily transfer money for the benefit of its customers to different banks. But in order to do so, it must give instructions to Bank C, and Bank C must promptly inform its clients, the other banks, about the crediting of money to their correspondent account. The SWIFT system is designed for precisely this kind of information (the exchange of messages) – says Yurovsky Kirill.

Each member of the system has its own unique address – the BIC (Bank Identifier Codes), or BIC Code, or SWIFT ID, or SWIFT Code.

One participant needs to know such a code in order to send a message to another participant. SWIFT officially accompanies the International Bank Account Coding System IBAN (ISO 13616). In Europe the use of IBAN codes requires a bank code in the SWIFT system.

Initially the system used the X.25 messaging protocol, nowadays a system with a more advanced protocol based on IP addresses has been created.

The SWIFT interbank system also provides its clients with the possibility of using the regular e-mail protocol, but the messages are transferred via the communication channels within SWIFT, and such a transfer is confidential. This system is called SWIFTNet Mail.

There are two types of messages in the SWIFT system – between participants in the system and between the participant and the system itself. All messages are in the same format, and each message is assigned a unique number. The system responds (success notification) to each message: ACK – positive, NAK – negative. Messages sent to SWIFT can be read by other payment execution systems. Basically, the format of these messages is a kind of de-facto standard in international finance.

History and structure of the organization

The international SWIFT system was established in Belgium in 1973, but the first message was not sent through the system until 1977. Initially, 239 banks from 15 countries took part in the creation of the system. In 2015, the system had more than 11,000 participants from 200 countries and the number of messages in the system was more than 15 million per day.

The legal form of SWIFT is a cooperative association of its members in accordance with the laws of Belgium, where SWIFT is headquartered. Offices of the organization are located in different countries of the world. Annually, under the aegis of SWIFT is held a conference of financial services Sibos. The source of SWIFT income is the sale of software.

All messages received and transmitted are processed in data centers located in the USA (first opened in 1979), the Netherlands and Switzerland (opened in 2009). All participants in the system are divided into two messaging zones – the European zone (served in the Netherlands) and the transatlantic zone (served in the USA). However, the center in Switzerland is a redundant center that communicates with the centers in both the US and the Netherlands. In this way, messages within banks in Europe are separated from messages within banks in America. Participants of the SWIFT system, which is located in a jurisdiction other than Europe or the U.S., independently decide in which zone it will be served.

This dual-zone system was created in response to criticism of the availability of communications to US authorities (FBI, CIA, Treasury Department) after the September 11, 2001 terrorist attacks. Those involved in the system did not like the ability of US law enforcement agencies to read confidential messages within the system.

Developments in malware have shown the vulnerability of the system to criminal and intentional acts by third parties. The most famous case is the theft of USD 81 million from the Bangladesh Central Bank’s Federal Reserve Bank accounts in 2016. Criminals managed to bypass the system completely, right down to the level of issuing paper confirmations of transactions.

SWIFT is a financial messaging system (payment instructions, central bank transfer orders, and reference information) for transactions in the payments, securities, and derivatives markets. The system itself does not perform the function of making payments. SWIFT is currently subject to US political pressure and has security problems. The development of alternative payment systems and messaging systems may shake the leading position of SWIFT in the market of financial messaging.

How Can a Car Shipping Business Work?

How Can You Make Use of a Meeting Room in London?