HomeSOCIAL MEDIAWhat Is The Dark Side Of Social Networking?
SOCIAL MEDIA 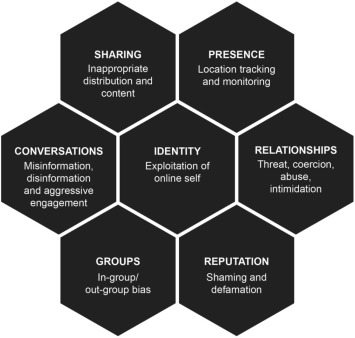 If you are looking to have an internet connection for your social networking, we would recommend using Xfinity, which is one of the best providers and assists with keeping its customer safe and protected from online attacks and hacks. However, keep on reading to find the dark side of social networking online and how to keep yourself, friends, and family safe.

Why Do People Use Social Networking?

People use social networking to keep in contact with their loved ones, families, and friends. They use it for finding jobs, sharing similar thoughts and interests, and sharing perceptions and feelings with people on the other side of the screen. People also use the internet for online shopping; they research products and then reach out to brands for more queries or customer support. Some people to know news about what is happening around them also use social networking sites.

The Dark Side Of Social Networking

It was shown by a study published in 2014 that social media is not being used by most people for staying social but for collecting information. It was also released through an academic study in a blog post by Facebook that people who spend most of their time on the internet collecting information end up feeling bad.  A few minutes spent on Facebook, itself is enough to make depressed, and internet users can hurt their health while clicking or linking links.  It has been disclosed through another study that people often feel loneliness and sadness while going through others’ pictures of vacations, trips to Hawaii, parties, and spending quality time with friends and family.  This leads them to depression because not everyone is happy and blessed in their lives.  So, even if there are many benefits of social networking we should not ignore and should be aware of the cons of social networking that many people are experiencing.

Double Personas: People have got a chance to picture themselves differently through social networking.  A person while staying online would paint a new image for himself and others would argue about exploring a feature of his identity that is good.  But the problem starts when this thing takes a toll on their lives. People only believe what other people have shared and because of the superficiality of social media, they start comparing their lives with the people on social media.  This will make him feel depressed and think negatively or he will start portraying his life better while staying online.  Both these situations are extremely harmful since the image created online is fake and not good. On the other hand, the comparison of life with others is also not good.  So, the person will always grapple between these identities.

Online Influencers: We daily see influencers popping up on our news feed. They record their lives viewing contentment on social media for others. Making profiles, appearing aesthetically pleasing, and making others think that they have perfect lives are not difficult these days. It is very easy and it does not require any special skills to do all of this. All this badly affects the lives of people using the internet and it makes them think that their lives are not so good and are boring; as compared to the influencers they are following. Now, this thinking will have a very bad impression on their mental health.

Self-Isolation: If a person is not much careful he can easily, lead to feeling isolated while looking at the perfect looks, styles and aesthetic decors shared on social media influencers’ profiles. In addition, self-isolation leads to making them feel left out. It is not that self-isolation is only because of social media browsing but it can be a result of all this.

Social Media Digital Drama: Impact on companies and brands of digital drama thrown by the consumers is also a dark side of social networking. Though using social media is beneficial for the products of companies and brands, they can also get affected negatively by experiencing consumer reactions on social media.  In this situation, consumers have the advantage of reviewing brands openly for hundreds of other people to see trolling while streaming live about the product and start cyberbullying.  Angry consumers will also start posting and tweeting reviews negatively, as a result, the brands and companies will lose followers in a flash of light.  This can sabotage their struggles and the brand would not exist anymore.

Social media is overall not a negative platform it depends on how we use it.  If we use it negatively, it will have a bad effect on other people’s lifestyles and companies.  So, it is up to us to use the internet in the best way possible.