HomeTechnologyWhat is AES encryption? How does it work?
Technology

What is AES encryption? How does it work? 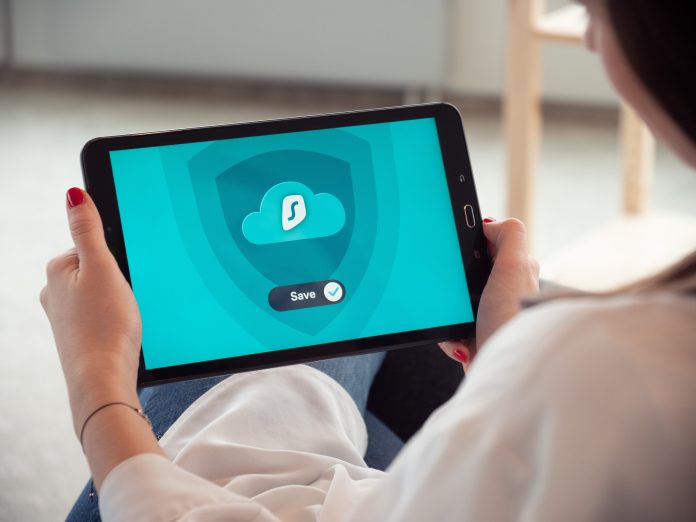 AES is currently one of the most popular encryption protocols. It seamlessly combines speed with security, so we can continue our online activities without interruption.

It is no surprise that AES is the industry standard in encryption, considering its many positive qualities.

AES, in short, is a symmetric type encryption that uses the same key to encrypt and decrypt data.

SPN (substitution permutation networks) is also used to encrypt data. It uses multiple rounds. Because there are too many rounds to crack, these encryption rounds are what makes AES impenetrable.

This encryption method has a variable key length, but its block size 128 bits (or 16 bytes) remains fixed.

It all boils down to resources. An app that uses AES256 instead of AES-128 could drain your battery a little faster.

The difference in resources is so small that current technology makes it impossible to not use 256-bit AES encryption.

AES has many benefits

AES encryption offers security, but it is also very attractive to those who use it. Why? Because AES encryption is very simple to understand. This allows simple implementation, and fast encryption/decryption.

You can also combine AES with other security protocols such as WPA2 and other types of encryption, like SSL, if you need an additional layer of safety.

What is the AES algorithm and why do we use it?

Even though it is not “ancient”, the advanced encryption standard for encryption is old.

AES encryption is the encryption standard because of its invulnerability. It has been used for 18 years. The National Institute of Standards and Technology (NIST), in 2002, replaced the Data Encryption Standard (DES) with AES.

First, 56 bits was the DES key length. It turned out that this was not enough to protect encrypted information. distributed.net, and the Electronic Frontier Foundation both showed that DES can easily be cracked in a little more than 22 hours. This was in 1999 when computing power was much lower than it is today.

A powerful machine today can crack a 56-bit DES code in just 362 seconds.

This number is enough to know that brute-force attacks on AES encryption are unlikely without significant increases in computing power.

Is the AES algorithm used elsewhere?

AES encryption began as the primary encryption cipher used by the US government. It quickly became the encryption standard that is used for virtually everything online. It is difficult to find services or industries that do not use AES encryption.

Online banking credentials, passwords, messages, and other sensitive data must all be secured from anyone who could cause harm. The advanced encryption standard protects sensitive data from a variety of products, in addition to “serving” government agencies (like the National Security Agency).

These are just a few examples of how developers can use AES encryption.

This impressive list shows just a fraction of the uses AES encryption can be used for. However, it doesn’t cover everything.

Apart from the above, the AES encryption algorithm will be found in many file systems and disc encryption systems as well as browsers.

You used AES to open the article. Your browser must encrypt this connection.

What is the AES encryption process?

The AES encryption algorithm can be difficult to grasp if you don’t have the right background. You would need to be at least a math major in order to fully understand its complexity.

It is possible to simplify the internal workings of the AES cipher. One way to do it is to replace the binary code by “normal” symbols.

The main idea behind AES cryptography will be briefly explained in the sections below.

First, AES is a Block cipher. It encrypts data blocks rather than bit-by-bit, unlike stream ciphers.

The first step in AES encryption is to divide the plaintext (text not written in code) into these blocks.

Let’s now choose the text we want to encrypt. It can be, for example, “better late than never”.

The advanced encryption standard would transform the phrase’s beginning into the following block by applying it:

This is an important step in AES encryption. With the help of Rijndael’s key schedule, it produces new 128-bit round keys.

Let’s assume that our first key is “extraterrestrial”.

These characters won’t all be random, however, because Rijndael uses specific processes to encrypt every symbol in his key schedule.

This set of expanded keys will be required by the AES algorithm a little later.

It might seem impossible to add two blocks of . Remember that AES uses binary and that what you see now is a visual representation.

After adding these two blocks, we have a new block of cipher. I’ll show it as follows:

The AES algorithm replaces each byte with a code according to a pre-established table, the Rijndael. The table shows that elements such as 19 become d4, e9 become 1a, etc. My block of cipher could look something like this after the process of byt substitution (keep in mind, it’s only a hypothetical representation of what the real deal looks and feels like).

The AES algorithm moves the rows it received during the byte substitution process.

The first row remains the same. The second row is moved to the left by 1 byte. The third row moves to its left by 2 bytes. While the last row gets shifted by 3 bytes.

This step multiplies each column with a predefined matrix to create a new block of code.

It’s a complex process that requires a lot of mathematics at an advanced level.

Let’s just say that I did the math, and my new block looks like this.

Now it’s time for the round key that we received in the key extension section. Let’s combine it with the block that we obtained in the previous section, after the column mixing process.

This creates yet another block with binary code that is later subject to many modifications.

The AES encryption algorithm now goes through more rounds including byte substitution, shifting rows and mixing columns, as well as adding a round key.

The AES key length determines how many identical rounds data passes through:

But that’s not the end.

After the previously mentioned 9, 11, or thirteen rounds of encryption, there is an additional round. The algorithm does not go through row shifts or byte substitution during this extra round. It only adds a round key. It skips mixing columns.

Why? This is because it would be redundant. This would imply that the action would require too much processing power and not significantly alter the data.

At the end of encryption, data will have been through the following number:

After all rounds have been completed, the original phrase “better late than never” will appear as a collection of random characters.

Inverse encryption can restore the AES ciphertext to its original state.

The advanced encryption standard implements symmetric cryptography, as mentioned previously. It uses the same key to decrypt and data encryption.

This is how it differs from algorithms that use asymmetric encryption when both private and public keys are required.

In our example, AES encryption begins with the inverse key. The algorithm then reverses every action (shift rows and byte substitution, as well as column mixing), until the original message is deciphered.

Are there security concerns with AES encryption?

AES is a highly secure encryption type, but it may not be completely impenetrable in a few years.

Despite not having any successful real-life attacks, there are potential dangers from the rapid advancement of technology.

Mistakes can also happen. An error in AES encryption implementation can be a gateway to hackers.

Below are some examples of how AES encryption could be compromised, at least theoretically.

Related-key attacks are different from brute-force attacks. They target the encryption key. They are quicker and easier to execute and have a greater chance of success.

If the hacker suspects or knows the relationship between two keys, this type of attack could work.

AES encryption has been the target of related-key attacks a few times. The most prominent one was discovered in 2009. Cryptographers improved the complexity of AES key schedules to prevent similar incidents.

This attack is based on data leakage (electromagnetic leaks, for instance).

If AES is implemented correctly, however, it can detect data leaks before any serious problems occur.

A known-key distinguishing attack was used to crack AES-128 in 2009.

It was able to defeat the 8-round 128-bit key length AES encryption. The actual AES-128 is encrypted through 10 rounds, so the attack in real life was not possible.

A known-key distinguishing attack is also possible, but it is extremely unlikely that the hacker knows the key.

As a test for cracking AES, a key-recovery operation was conducted in 2011.

This attack requires that the hacker has at least one pair encrypted and decrypted message.

The test did not yield any significant results as it was only four times faster than a brute force attack, which would still take billions.

You might be able to see why AES encryption is considered the “gold standard” in encryption techniques after reading this article.

It is a powerful tool that can be used to protect yourself from all types of cyber attacks.

We are extremely fortunate that it exists.

These are the most commonly asked questions regarding the AES cipher.

You want to learn something, but are having trouble finding the right information? Leave your question in the comments, and I will be happy to assist you.

Yes. Yes. A brute-force attack against AES is almost ineffective as it could take billions of years to crack. There might be risks if encryption is not properly implemented.

A properly configured AES system will not be cracked by hackers, so it is unlikely that one can crack it. Your sensitive information will be safe as long as there is no error.

Is AES the best encryption algorithm?

There is no one “best encryption method”, as different situations require different ciphers. AES is one of the most secure and symmetric encryption ciphers available in today’s world.

What does AES encryption do?

AES, the industry standard in encryption, is used to encrypt digital data.

Virtual Private Networks, mobile applications, password managers and wireless networks use AES encryption. Even video games can use it.