Ronnie Coleman: What happened to him? 8 Times Mr. Olympia 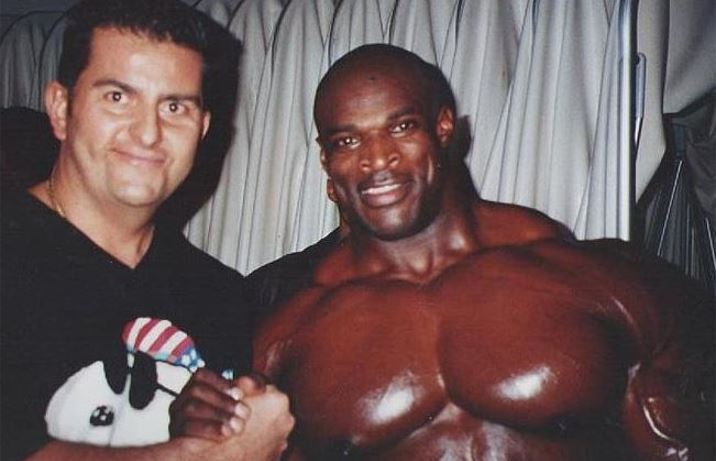 Ronnie Dean Coleman, who has won the Mr. Olympia title eight times in a row, is widely regarded as one of the greatest bodybuilders ever. He also held the record for the most wins in International Federation of BodyBuilding and Fitness. Fans were worried about Ronnie Coleman’s current condition after seeing him in a wheelchair.

In the hope of better opportunities as an accountant, he decided to move to Texas. Unfortunately, Young Coleman was unsuccessful and ended up working for Domino’s Pizza to make ends work.

He became a Arlington police officer after reading about a vacant position in a newspaper. From 1989 to 2000, he was a police officer in Arlington, Texas. He also served as a reserve officer until 2003. He was also a sheriff during some years.

Gustavo Arlotta was a friend and colleague officer who convinced Coleman to join MetroFlex during his time at the station. This was the beginning of Coleman’s journey. Coleman received a free membership to a gym in exchange for his participation in the Mr. Texas contest.

He won the competition and even beat the trainer. Coleman was third at the NPC Championships 1990. However, this was not enough.

He took a step back to prepare for the 1991 World Amateur Championships in Poland. At 27 years of age, he won the gold medal and was awarded the title “professional”.

Ronnie Coleman was a new pro when he won the 1995 Canada Pro Cup. He defeated Rich Gaspari, Milos Sarcev and were considered one of the greatest athletes in the sport.

His reputation grew steadily and he won the same championship the next year, proving that his ability to compete with larger stakes. In 1998, he won his first Mr. Olympia title.

Coleman was the reigning champion of the international bodybuilding contest from 1998 to 2005. This record is something that most athletes only dream about. In 2006, Jay Cutler, a future four-time champion, defeated Coleman.

After one of the most well-known bodybuilding runs, Ronnie Coleman’s life was thrown into disarray. After suffering severe pain and paralysis, Ronnie confessed to having won numerous contests and worked out while fighting a herniated disk.

A person with a back condition should seek immediate treatment. Coleman was different. Coleman ignored the pain and kept going. As a result, he needed several back surgeries and several hip surgeries.

He has been to and from the hospital numerous times. Coleman stated in June 2020, that he might never be able walk again.