How is virtual yuan superior to yuan in Fiat money?

What is Market Manipulation in Cryptocurrency?

Recoverable Damages In A Motorcycle Accident 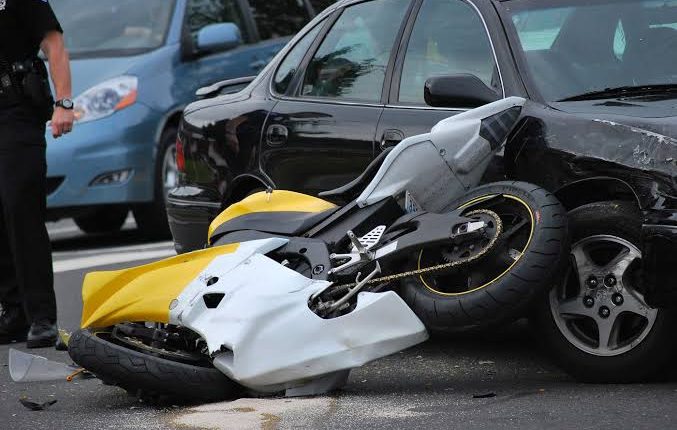 Vehicle accidents mainly include severe damages caused to life and property, among which motor accidents are no exception. But if the injury is caused due to the negligence of some other party, it becomes unbearable for one to compensate for the loss. Such cases require the immediate attention of an attorney with the experience to handle the issues of individuals injured in a motorcycle accident.

However, one must secure some basic knowledge regarding recoverable damages post-motorcycle accidents. A thorough reading would help one gain a relevant understanding regarding the same.

Federal law permits a motorcycle accident survivor to claim financial recovery from all the damages caused as a result of the third party’s negligence. The compensation might include the recovery cost against a variety of injuries, all of which are mentioned below:

The body is most likely to get injured before anything else in an accident. Therefore if you have faced a severe accident that has been caused due to the ignorance of a third party and have been badly injured, the negligent party will be held liable. You can also claim compensation from the third party’s insurance provider and ensure fair recovery for all the losses.

Considering the severity of the case, treatment costs can also be recovered, which involves ambulance costs, costs involved in diagnostic tests such as MRIs, X Rays, hospital charges, doctor fees, and medical bills, among many more.

Damage To The Property:

However, damage from accidents might not always mean physical damage. Sometimes one might not be injured, but the accident significantly damages the vehicle or other property. Such damages can also be recovered, including the price of replacing or repairing the parts that have been destroyed and damage to any other property that was being carried on the vehicle. Along with this, the destruction caused to the riding gear or any other protective wear while riding the car can be recovered, including a jacket, gloves, eyewear, helmet, and many more.

Sometimes the seriousness of the injuries is not apparent from the very first. Several types of injuries, such as accident burn injuries, take time to recover from. To claim compensation for such damages, one must show proper evidence of the ongoing or long-term treatment due to the accident. Such costs typically include lost wages or pay, ongoing medical expenses, follow-up doctor fees, or loss in the earning potential due to long-term impairment.

Claiming compensation and negotiating with the insurance company is quite a complex process that requires professional assistance, and hiring an experienced attorney would be the best option.

Which country makes the best bongs

Benefits of Setting Up Direct Deposit