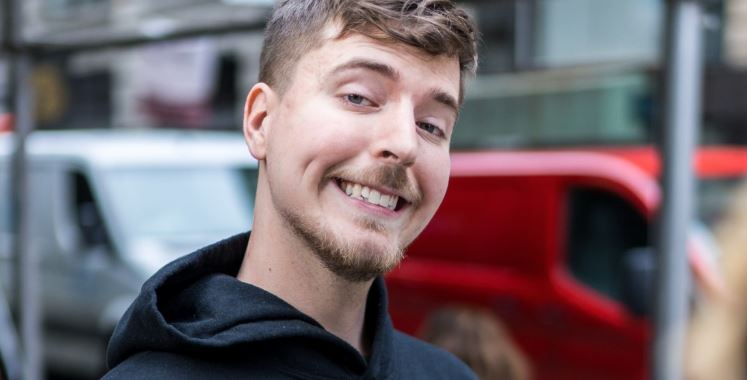 MrBeast, real name Jimmy Donaldson, is one of the most well-known and highly-paid YouTubers. He has 89.1million subscribers on YouTube and is a pioneer in creating videos about expensive stunts. He currently has three YouTube channels: MrBeast, MrBeast Shorts, and Beast Reacts

For those who want to learn more about MrBeast’s wealth, continue reading!

YouTube star MrBeast is well-known for his stunt videos. Many of them involve giving large sums to friends, charities, and strangers. He spends millions of dollars creating new content every year to create his videos.

As of 2022, MrBeast’s net worth was estimated at $25 million. Some fans might be surprised by this, as he typically spends $300,000. It is clear that MrBeast invests a lot back into the channel which explains why he continues to be a successful YouTuber.

Forbes claims that MrBeast was the highest-earning YouTuber, earning $54 million in 2021. He comfortably beat David Dobrik and Ryan Kaji, the biggest YouTubers.

The MrBeast YouTube channel continues its growth and will soon reach 100 million subscribers. His views and earnings soared during the pandemic as many of his fans had to leave.

MrBeast has nearly twice the number of subscribers than last year and is now in a better position to attract sponsors. If they become viral, videos of his can draw in more than 50 million views. His ‘Squid Game in Real Life’ video had over 200 million views. MrBeast has previously done advertising deals for Honey, TikTok, and Quidd.

While MrBeast is the YouTube king, he enjoys trying out new ventures. He launched Finger on the App, a multiplayer endurance sport in June 2020. The app’s idea is simple. Users around the globe must keep their finger on their phones screen. The last person to remove it wins $25,000. It’s a good cash prize.

MrBeast introduced “MrBeast Burger”, in December 2020. To launch the business, he partnered with more than 300 US restaurants. The app reached the top of Apple’s App Store within a single day. This guy is a genius marketer, the app has already sold more than 5 million sandwiches!

Jimmy, like many other YouTube stars, also owns an online clothing shop at shopmrbeast.com. His second largest income source is the clothing line. It sells a variety of products including t-shirts and water bottles as well as hoodies and other apparel. His income is 40% from merchandise, and this revenue allows him to create more crazy videos!

Although it is difficult to find details about any new sponsorships, it is not unreasonable to think that MrBeast will continue growing his net worth through 2022.

Chip and Joanna Gaines Net Worth 2022