How To Find Out Information About Someone For Free

What is LEGO Piece 26047? The Complete Guide to the Viral…

Five senators, including Bernie Sanders and Elizabeth Warren, ask Amazon about its use of AI-equipped cameras to monitor delivery drivers, after a Feb. report 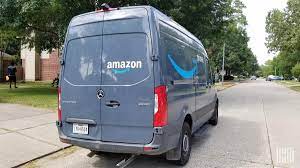 Five senators, including Bernie Sanders and Elizabeth Warren, have asked Amazon about its use of cameras equipped with AI to track delivery drivers following a February report. Five senators wrote to Amazon CEO Jeff Bezos on Wednesday, asking for more information about Amazon’s recent use of AI-equipped cameras. ..

Hawkfish, the Mike Bloomberg-funded tech company that first helped his and later Joe Biden’s 2020 election campaigns, is shutting down in May