Engagement Rings: Why They Are So Special to Couples 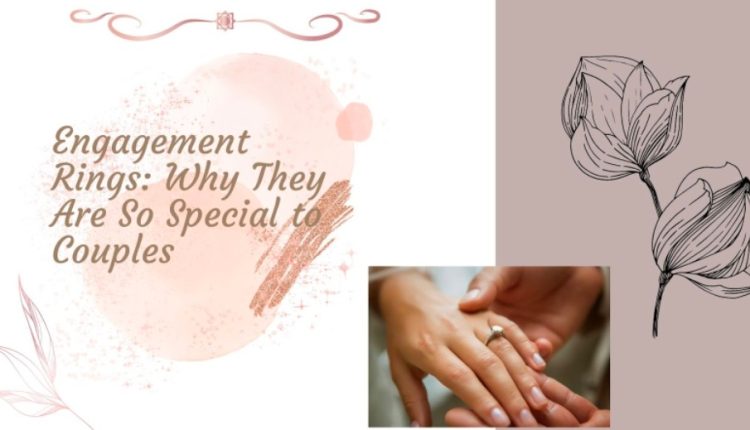 Today, engagement rings mean so much for couples – oftentimes, even more than their wedding bands. These gorgeous symbols convey a variety of messages that are specific to each relationship, yet all share one purpose: to seal the promise of marriage and a life shared together.

Celebrated far-and-wide among family and friends, engagements didn’t always carry such joy. In ancient times, engagements were a far different story. What is the true history behind these age-old tokens – and how have they evolved over the years? Here’s your guide to understanding engagement rings.

The Dark History of Engagement Rings

The history of engagement rings has had its glorious moments. However, it did not come without an unpleasant past.

Centuries ago, engagement rings were used as a symbol of ownership instead of love. Sometimes, it also solidifies a contract between a soon-to-be-married couple. These contracts are usually formed due to the difference in societal status back then.

For example, a woman agreed to marry a man to pay off her family’s debt. Sometimes, it is in the form of an arranged marriage between two wealthy families. Regardless, one thing is certain: The main reason for marriage is not how they really felt, it  was more of an arrangement. This engagement practice that conveys ownership was prevelant during ancient Egypt and Roman times.

Diamond Engagement Ring as a Symbol of Love 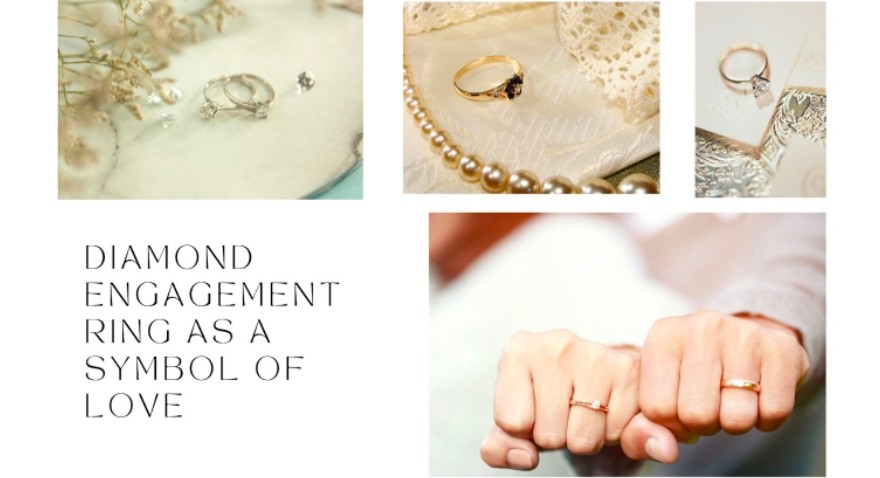 However, the symbolism of engagement rings shifted when it was given proper recognition by the Catholic Church. It was Pope Nicholas I who suggested that engagement rings should be a symbol of a man’s willingness to marry the love of his life, not to own her.

As a result, men, with all their pride and passion, were stepping up their game to propose. The aristocrats were seen putting a lot of effort into their proposals, all of which aimed to have the best proposal ideas the era had ever seen. And because of this, the first-ever diamond engagement ring was created.

At the time when Pope Nicholas I made the statement, the most popular material for engagement rings was gold. It was only when Archduke Maximilian of Austria proposed to Mary of Burgundy that a diamond engagement ring was seen by the public.

However, the first-ever diamond ring recorded in history is nothing like the diamond engagement rings we have today. Archduke Maximilian used narrow elongated pieces of diamonds in the ring instead of round. These rectangular pieces were shaped in a form of the capital letter M, representing the first letter of her name.

Why Engagement Rings So Special to Couples

The diamond engagement ring is a timeless symbol of the beauty, depth, and strength of love. A sparkling reminder of a commitment to forever, the ring stands as a testament to the unique and special bond between two people. Representing both the vulnerability and strength of this bond, it reminds us of the courage and faith it takes to truly love; it speaks to our hearts even when words cannot. To wear a diamond engagement ring is to accept and embrace love in its purest and most meaningful form.

Let us delve into  a few reasons why an engagement ring is a prized possession to couples now.

When a person proposes, it means that they want to spend the rest of their life with their partner. And when the partner returns a sweet “yes” as an answer to the big question, a bond of commitment between the two is sealed.

This bond of commitment is symbolized by an engagement ring, making the piece of jewelry much more special than it was before. Engagement rings are meant for the whole world to see the symbol of committment between two people. It is also a status symbol that conveys the message that a woman is no longer available.

Because proposals are usually a surprise, the couple’s engagement rings witnessed a lot of raw emotions that happened at that time. It’s all the tears, happiness, nervousness, and content condensed into one tiny accessory for the people involved to remember.

2.Part of Culture or Tradition

Aside from a colorful history, engagement rings are also backed up by a variety of glorious traditional backgrounds and cultures.

For example, ages ago, it is believed in some cultures that an engagement ring should be placed on the 4th finger of the left hand. The logic behind this is that during Roman times, the concept that the heart is the center of the human body was widely accepted. This is because the majority thinks that humans act based on their emotions.

Because of this belief, it is said that the ring finger of a human’s left hand possesses a vein that is directly connected to the heart. Therefore, by putting an engagement ring there, it acts as a bridge between the couple – literally, close to the heart!

Unfortunately, the vein of love is proven to be a myth. However, many cultures still accept this as fact and will continue to pass it through generations. Regardless of whether it is true or not, couples, whatever tradition they believe in, still cherish the engagement ring that solidified their love for each other.

3. A New Chapter In Their Life

An engagement ring is a timeless symbol of love, promise, and commitment. It marks the beginning of something special – a life together filled with laughter and joy, resilience in tough times, and developing a strong bond over time.

When two people make the decision to join their lives in marriage, an engagement ring is the physical representation of this commitment, shining brightly with the dazzling light of their shared future.

There are few symbols of love and commitment more enduring than the engagement ring. From antiquity to the present day, couples have found creative and meaningful ways to express love and devotion through these small but powerful gestures.

Engagement rings aren’t only a way to honor each other and cement a couple’s formal union; they are also one of the most tangible reminders that two people can come together as one in a lasting bond of love, trust and mutual respect.

How to Choose a Socially Responsible ETF: An Investor’s Guide

Luxury Living: The Ultimate Amenities for Your Apartment Building

How Undermount Kitchen Sinks Can Make Your Life Easier?