HomeTechnologyBitdefender vs. Avast - Which antivirus is better?
Technology

Bitdefender vs. Avast – Which antivirus is better? 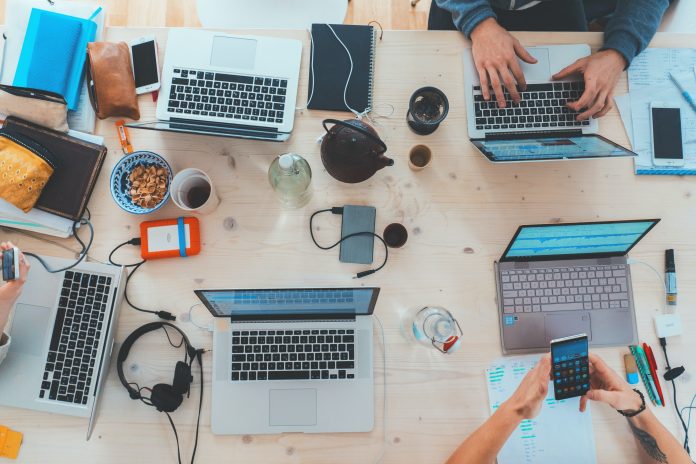 This battle is worthy of being called “The Battle of the Titans”. Bitdefender is frequently regarded as the best antivirus service. Avast is another company that considers itself the best antivirus service. They eat smaller cybersec providers like a family and incorporate them into their infrastructure. Both providers offer free versions and both are well-known for their products. Which one is the victor?

In this Bitdefender vs. Avast Comparison, I will look at the strengths and weaknesses of each provider in areas like pricing, features, apps, customer support, and malware protection. This short review will give you a better understanding of which provider is best and why.

It is difficult to compare two antiviruses on their protection capabilities. It is not just about the ability to detect and eliminate malware that determines the quality of an antivirus. It is important to ensure that the service you use only removes malware files, and does not delete any other data. False-positives are also important.

AV Test Institute’s data shows that Bitdefender and Avast score 6 points for Windows protection and 5.5 points for Mac. It’s safe to say you can expect the same level of performance regardless of which program you choose. Bitdefender has a much more extensive list of defensive features, which gives it an edge.

Your subscription version will greatly impact the protection Avast offers against malware. Avast focuses heavily on background scans to identify threats already inside. The paid version places a greater emphasis on network protection. The amount of malware you will have to deal with is significantly lower as most of it won’t end-up on your device. It will not pass the web countermeasures.

Bitdefender is essentially the same, but Bitdefender has better network safety tools than the basic version. You won’t just get the antivirus scanner, but also real-time protection. You can save time and avoid running frequent scans with several tools. This will not only save your device’s resources, but also your time.

Background scans are where Bitdefender is behind. Bitdefender takes twice as long as Avast to run a complete system scan. It took nearly two hours to scan my test unit, which had a fairly clean 256GB SSD drive. Although the difference is not as significant with quick scans Avast performs slightly better. A downside to scanning with Avast is that you can’t do any other things with your device while you scan with it. Bitdefender has some system reserves that allow you to surf the news and write emails without your device crashing.

Both providers offer network security tools kits. I feel that Avast took too long to design their Network Protection interface and neglected its functionality. Although you can run various scans, they seldom give any useful information. The service can’t tell you if some unknown devices are malicious or not.

Avast’s strength is its ability to customize the firewall’s strictness. It is easy to get too strict, so be careful with what ports you are opening. Bitdefender also doesn’t offer much in firewall customization. The whole feature is easy to use and provides detailed information. It’s easy to set it up and forget until you receive a notification about a suspicious connection. Bitdefender’s firewall is more useful and convenient overall.

Which is better: Bitdefender or Avast, and which has more features?

Based on the feature list length, it is clear that bitdefender (which appears at #1 in our best antivirus list ) is so much ahead of Avast it’s almost impossible to compete. This is true if you are using Windows.

Avast’s multi-platform support makes it a bit more effective at bringing the feature onto Apple devices. Windows, however, is the most vulnerable to antivirus software. These features are therefore more important.

Let’s look at the common features of Bitdefender and Avast.

Avast and Bitdefender offer ransomware prevention. Bitdefender also copies your most important files and offers the possibility of restoring them in case of ransomware.

Avast and Bitdefender are the best options for you if you have outdated software. Bitdefender’s Vulnerability Analysis analyzes your network and device properties. It then gives you a customized security report that will give you tips for making yourself safer. Avast also offers an Upgrader that will automatically update your programs.

Avast and Bitdefender also offer an optimization feature that clears up space and makes your startup more efficient.

Bitdefender’s Anti-tracker feature will be of great benefit to you if you are concerned about trackers. This blocker is general-purpose and helps to reduce the amount of tracking you see when surfing the internet. Avast Premium also includes an anti-track tool.

You’ll love the fact that all Bitdefender versions include a VPN if you need it occasionally. It is limited to 200 MB per day, but it can still be useful in certain circumstances. Avast Ultimate is the best choice if you need a VPN that works with Avast.

Bitdefender and Avast both offer a file server. This tool allows you to delete files, but not be able to retrieve them. This is a great tool for large amounts of private data.

Avast and Bitdefender offer microphone protection, which is an essential feature in today’s world. It blocks all suspicious requests from your microphone or camera. This way you can be sure that nobody is listening in on your conversations or spying on the webcam.

Bitdefender’s Anti-Theft tools is another option. This suite of anti-theft protection includes everything you need, from locking your device to location tracking. This feature is especially useful as it works on all devices. Avast does not offer this feature on Android.

Another interesting thing is: You might find both antivirus programs useful. Bitdefender comes with the Securepay browser. This browser is designed to secure your payments. Avast also offers Avast Security Browser that blocks trackers and ads.

It also has a Rescue Environment, which is a malware removal tool that can be used to get the job done while the device reboots. This feature is essential because it doesn’t allow you to remove rootkits while you are booted into your system. This is where most of your system scans take place.

Bitdefender then detects what your device is doing and switches certain modes to keep you private, such as when you watch a movie or play a video. This is an Adjustable profile.

Bitdefender also offers a password manager. This allows you to manage your account credentials and sync them across all devices. You can also use the tool to store payment information.

You can also use the email filter to integrate with popular mailboxes. You can use it to create spam filters to filter unwanted email.

Bitdefender’s parental control is also available if you feel the need. This feature allows you to set smart device limits, control the use of your device and limit which websites are allowed. You will need a separate app to access Avast’s parental controls feature. It is only compatible with iOS and Android.

Avast is the only one that has this feature. It’s called Secure Sandbox. You can use this feature to check if a suspicious app has been downloaded. This is a handy way to verify that it hasn’t spread to any other files on your system.

Performance of your PC

Avast may have spent too much time on trojan horse analytics, when you consider the amount of bloatware they try to sneak in with their installation. Similar results can be made for the memory the service takes up. Instead of malware consuming your resources, Avast can now be mistaken for a crypto miner. This happens more often on less powerful devices. Avast won’t deliver the performance you want.

Bitdefender is not the most lightweight application. takes up more space than Avast, but it performs better. It’s all about their smart profile management. If it’s in full background checking mode, it might be able to access your system. This antivirus adapts to your needs, not vice versa.

Bitdefender is a free service that anyone can get. Bitdefender breaks all conventions by offering many helpful features for free, and even customer support. This information is sufficient for budget-conscious customers. The paid plans aren’t very affordable, at least for the first year.

Interfaces and apps: Which is easier to use?

The software can be downloaded by anyone, even if you are not a registered user. The installation is not very easy, even though it works for both providers. Bitdefender downloads only as a 13MB executable file. The rest of the package is downloaded (up to 400MB). This is a lot of files. Bitdefender downloads the rest of the package as a 13 MB executable file. The downloads can be slow, so it could be that they are experiencing more data. It takes some time to set up, but your experience may be different.

Avast is faster in this respect, but they are guilty of far worse things. They’re one of those services that add checkboxes to install Avast Secure browser or Opera. They won’t be removed by most users, and they may not even understand what they are agreeing to. Avast can at least not make them pre-checked automatically.

There isn’t much you can criticize about the apps. Both apps are simple to use and will quickly help you find what you need. Avast is still a sketchy service, even after you set it up. Expect to receive a lot of pop-up reminders to upgrade your paid version. Bitdefender acts more reasonably and treats you as a client, even though you are using their free version. Avast should stop using such extortion techniques.

Bitdefender offers several apps. You have the option to install just the malware scanner, or the entire suite. This allows you to modify your installation. You can also choose to install the VPN service separately. Bitdefender gives you many options for setting up your VPN service on your desktop. You can also choose to install it separately. The paywall is removed by upgrading your plan. You have all the files you need, but your subscription plan prevents you from accessing them. It makes no sense from the user’s point of view. Avast saves a lot of time by creating and supporting a separate app. They offer a free service and are always looking for ways to reduce costs.

Mobile apps can be tricky. The Android and iOS versions can be very different. If you have an iOS device, there is no need to install antivirus software. Apple has tightened their control over the App Store and you can’t sideload apps if your device isn’t locked. Few antivirus providers spend time creating third-party software solutions that can remove malware from devices where it is difficult to find.